Later in his remarks on the occasion, Ambassador Shahabuddin termed Sheikh Kamal as the “ideal son of an ideal father”, Ambassador highlighted some examples of his vibrant and youthful life and works. He mentioned that Sheikh Kamal was a iconic figure to the student and youth of our country. He not only participated in the politics, liberation war and other movements but also being a youthful character and multitalented person was pioneer in sports and cultural activities in the independent Bangladesh. People who came to know him was amazed to see his personality. His short span of life was full of stories of creation and immense potential. The country was unlucky that he had such a short span of life. Ambassador Ahmed remembered with deep sadness Bangamata Fazilatun Nessa Mujib and other members of the Father of the Nation who along with Sheikh Kamal embraced martyrdom on the fateful night of August 15, 1975. 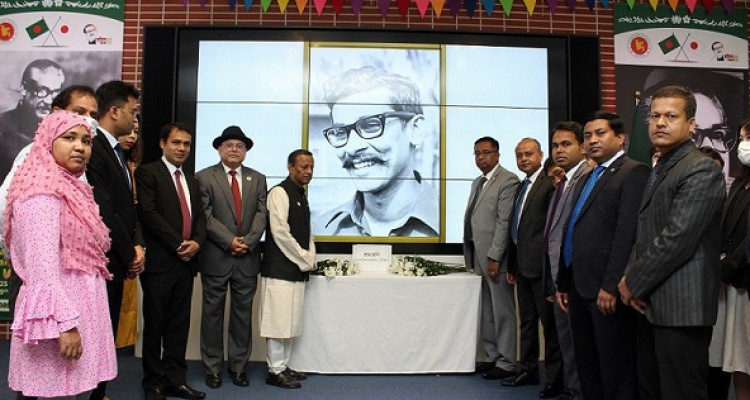